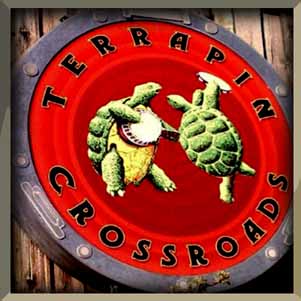 Reviewer: srose14 - favoritefavoritefavoritefavoritefavorite - March 18, 2013
Subject: It's unbelievable this can still happen...
This really was a beyond splendid show. I actually had pretty low expectations, given these shows are not cheap and it seems like ever-changing players can be very hit or miss--or just plain crowded up there. But this was an exception to all that.

This was one of those night where from the get-go you could tell that something special was in the air. And then it just kept going. You could see both Phil and Jackie Green thinking about where they'd go next and not just playing anything to get by. I think Phil has become one of the most incredible band leaders in our time.

Everyone was really on their A-game. I don't know how many people said they'd never heard Stu Allen play as well, or Jackie Green fit in as well, or just marvel at the drumming. One can only hope that Phil plays more with Tony Leone. His cymbal work and feels were just remarkable.

I know of at least one good room recording, where you can hear the bottom and top end (unlike the mp3 on the YouTube video). Let's hope this is a good house mix. And then there's the matrix. :)

Reviewer: musicinmarin - favoritefavoritefavoritefavorite - March 18, 2013
Subject: The two Saturdays anyone?
This night and 3-16 were simply magnificent, IMHO. 3-09 was the best live playing I've ever heard from both Jackie and Stu. I had never seen the drummer before - heard that he came by way of the Levon Helm rambles. It was pretty remarkable, during the jams he fit in like he's been doing it all his life (and Tony can sing, too). I'd be very curious what the recording gear was that was used here, and if there's a 24 bit version?

Thought this was going to be the killer show of the run until 3-16 came along, and during the second set I was magically transported back to 1973 courtesy of Mr. Weir's playing. Hope that recording shows up here as well!

Both of these shows made me feel 1) glad to be alive and 2) happy to be living in Marin where this kind of experience can be shared. Thanks to the taper!!

Reviewer: BBowen - favoritefavoritefavoritefavoritefavorite - March 11, 2013
Subject: So glad, glad, glad
This show has no weaknesses. Everything, including the setlist is blended together into a complete musical nirvana. I can hear the nuance in JG's voice in Little Shoolgirl and the angst in the bluesy Satisfaction. Phil's musicianship drives the show. It is all good and I'm so grateful to get a chance to hear it. Thank you tapers!!! :)